The Catholic Church in the Archdiocese of Blantyre has constructed a new school block at Vonken Community Day Secondary in Mulanje district at the tune of k12 million.

Speaking during the opening of the school block at Vonken Community Day Secondary School (CDSS) ground, Archbishop Thomas Luke Msusa explained that the new school block is to help in improving quality of education in the district.

The archbishop, further urged teachers to strive at achieving high performance of the students at the school.

“Now we should aim at achieving high grades in our national exams, this school block has solved some of the challenges here at Vonken CDSS” said Msusa. 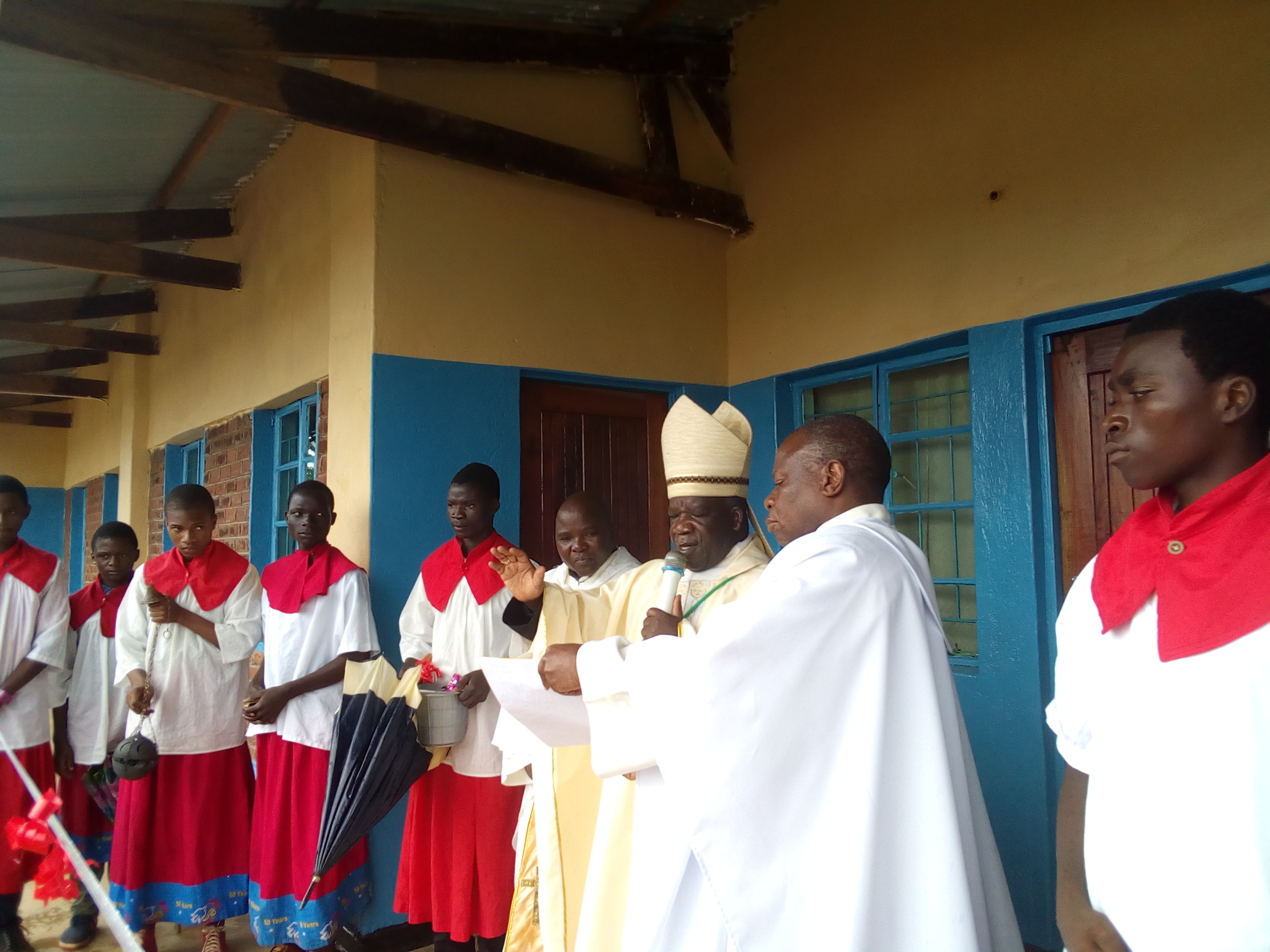 Msusa added further that the Church is geared to improve quality education through adding new secondary and primary schools in the country.

Kachale advised teachers and the students to take good care of the school block saying vandalism must not be tolerated.

“Anyone who breaks glasses, or anything, must pay for it, acts of vandalism take us steps back in improving quality education, instead of focusing on new challenges we are forced to renovate what has been damaged” said Kachale.

Concurring with kachale, Group Village Headman Dutswa urged the school committee at Vonken CDSS to continue working together with the traditional leader in preventing acts of vandalism at the school.

The school block has been built with funds from Catholic well-wishers from Holland and the school committee.

Vonken CDSS was established in 1987 at Dutswa village in Mulanje. The school was named after the first Catholic Priest from Holland late Father Vonken who served at Bango Catholic Parish.

The school is among 36 secondary schools that the Archdiocese of Blantyre has in over four districts in the southern region of Malawi.